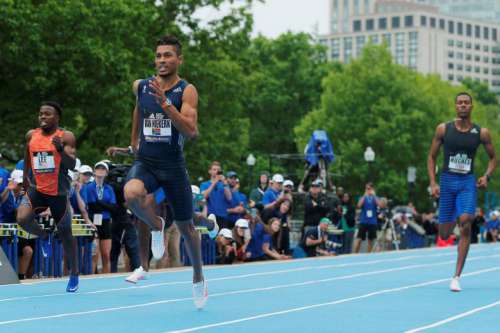 World and Olympic champion over 400m Wayde Van Niekerk of South Africa cruised home to win the 200m, while American Tori Bowie broke the world record in the 150m at the Adidas Boost Boston Street games on Sunday, June 4.

The Rio Olympics champion Van Niekerk proved he is ready to replace legendary Usain Bolt after he comfortably clocked 19.84 seconds to win the 200m on a specially built elevated track on Boston's Charles Street that allowed fans to watch up close.

"I've still got a lot of work to do and have a lot of areas I need to look into," Van Niekerk told reporters. "But it was a positive win for me today." the world record holder in 400m added.

Earlier this year Van Niekerk announced that he will attempt the 200m and 400m double at the IAAF World Championships in London in August.

The women's 200m dash was won by the Olympic 400m champion Shaunae Miller-Uibo of Bahamas in 21.76 seconds.