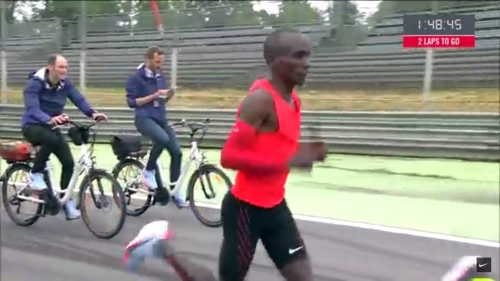 Kipchoge, who ran the marathon on a  2.4Km long formula one loop became the fastest marathon man on planet by producing a shocking time of 2:00:24 on Saturday morning in Monza, Italy.

The Rio Olympics marathon champion, Kipchoge, ran the marathon in a controlled environment, where he was assisted by many pacemakers and with hydration stations  available at every kilometer. For this event Nike also produced a new type of running shoes called Vapor Fly.

The 32-yea-old Kipchoge by running 2:00:24 showed to the world that a Sub 2 hour marathon is possible in very near future.